As of late we are seeing one after the other U.S. state coming out to show its support for Bitcoin. This time, Louisiana State has passed an official resolution that includes gratitude to Satoshi Nakamoto for creating Bitcoin.

The resolution commends the Bitcoin network for providing individuals all over the world with a distributed peer-to-peer digital system helping them to preserve purchasing power.

The resolution includes the following excerpt: 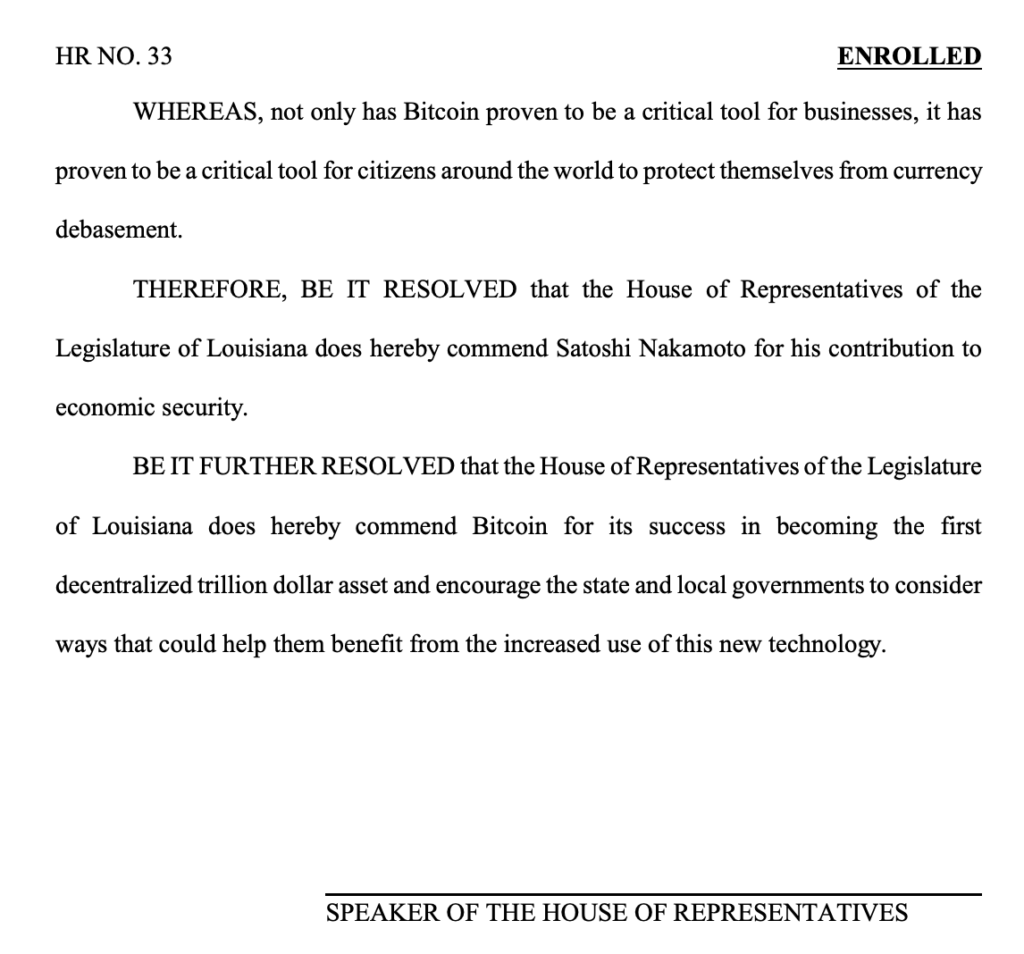 Competition has recently been heating up between states to attract the Bitcoin community. Following the likes of Florida, Texas and Wyoming, Louisiana is just the latest to show its support for the digital ‘freedom-currency’. And the way they are doing it, is just phenomenal.

While these bills do not hold much legal impact and can be seen as some political theatre, its symbolic value should not be underestimated. The Bitcoin Twitter community even calling it “the state legislature equivalent of laser eyes”

According to Coin Metrics co-founder Nic Carter, all U.S. states should follow Louisiana from now on:

every state legislature should pass a bill thanking Satoshi IMO